Twentieth century perceptions have been unfavourable to both the essay and the comic book. There has been a steady decline in the popularity of the essay as reading material, because it is seen as lacking the emotional and aesthetic appeals of fiction. And despite persistent support for comics as an art form with limitless potential, comics are still generally regarded as one-dimensional juvenile sensationalism.

Academaesthetics is an essay/comic book hybrid that analyses a number of common general perceptions and misunderstandings surrounding both the essay and the comic, and uses the contrast and similarities between the forms to suggest some new ways of understanding them. 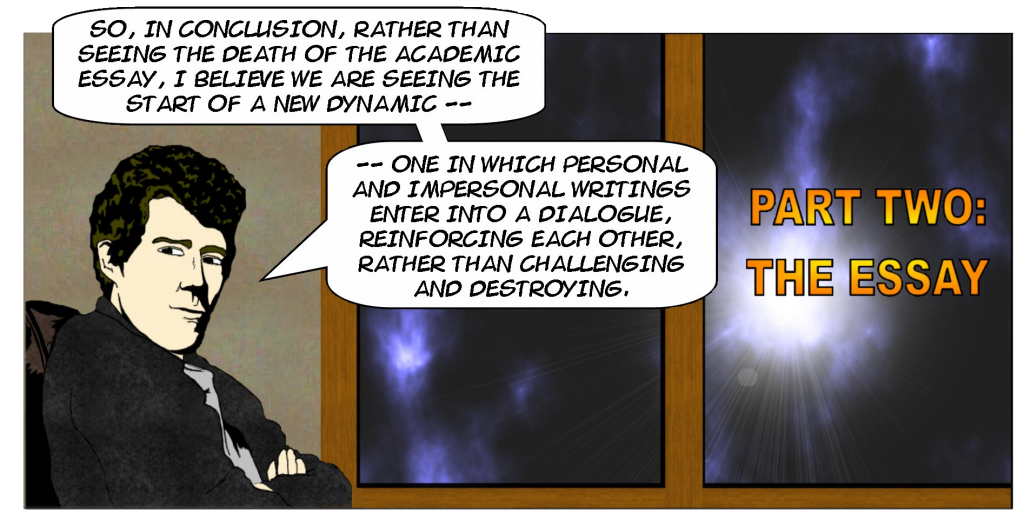 It was published by TEXT journal in October 2007, and is available to read for free via this external link: Academaesthetics: How the essay and comic can save each other