Time for another April update. Re-reading this old blog post was, as with last year, a reminder of just how incredibly busy life is.

NB: There are a lot of exciting things happening later this month, including:

Should any of these yield fruit, I’ll be announcing them separately here, on my Twitter feed, on my Facebook page, and from the rooftops.

My kids continue to bewilder, inspire and infuriate me in equal measure. They are the volcanic eruption at the centre of my universe. At some point, the decision to add to the Corral of Chaos was taken, and a third little Walsh-Smith will be spewing molten crazy into our lives from mid-2014.

Annie has turned four years old, and started her second year of preschool. She’s learning to read at a rate that is far more rapid than I could have anticipated, and takes a big bundle of books to bed every night. Eventually, she falls asleep surrounded by books. Even though she’s going to sleep a little later than I might like, there’s no way I’m ever going to discourage this behaviour (particularly since I did the exact same thing as a kid).

Liam’s love of mischief has only deepened as he approaches his second birthday. He climbs, he jumps, he likes to smash eggs he finds in the fridge. He’s incredibly quick of wit, and has a high level of comprehension, but has developed a complicated combination of gestures and monosyllabic words that preclude the need to actually learn to speak in sentences. It’s a very creative alternative to actually doing the hard work. I’ll be keeping an eye on him.

Katie has begun studying towards her education degree. She is also around seven months pregnant with our third child, which is due in the handful of days between Liam’s birthday and Katie’s birthday. We don’t know whether it’s a boy or girl, and will be keeping this secret until the day of birth.

Me? I’m still working full-time. Still writing (more on that in a moment).

In the last twelve months, The Lesser Evil was re-released as an omnibus, and its 600 page sequel was also published. I attended two conventions as an exhibitor, and met dozens of awesome people. I taught myself a variety of new artistic techniques which I will be applying to future work, ventured into self-publishing for the first time with mixed results, and ran a quick survey which helped me to understand issues of payment for commissioned works.

My self-proclaimed #YearOfWriting lived up to its name, with over 500 pages of comics being produced, and a number of exciting projects launched. After the success of the 2013 #YearOfWriting, I decided to ramp things up a notch in 2014. The #YearOf1000Pages (as I dubbed it on my Twitter feed) kicked off on January 1st, and it is going very, very well.

I hit up a couple of conventions in late 2013: Oz Comic-Con Melbourne, and Brisbane Supanova. Both events were a lot of fun, although my actual success at them varied wildly. I probably won’t be hitting up any more cons until late this year, given the impending arrival of the new baby. I hope to be doing Sydney Oz Comic-Con in September, though. I haven’t hocked my books to Sydney yet.

The Lesser Evil was reissued as an omnibus, and published digitally for the first time, both in mid-2013. My publisher ran a short sale on the Kindle version, and I watched the book shoot up the sales charts.

It was fun to pretend for a moment that the book was selling hundreds of copies, and that this was the beginning of a snowball. Of course, it wasn’t, but it was nice to pretend.

Amazing news: Peaceful Tomorrows Volume Two was nominated as a finalist in the “Best Graphic Novel/Illustrated Work” category of the 2013 Aurealis Awards. To say that I’m honoured, humbled and genuinely surprised by this turn of events would be understating the case significantly. Winning an award is on my writing bucket list… but I never thought I’d have the chance to do that so early in my career!

The ceremony is here in Canberra this Saturday, so I’ll definitely be there. Have had to learn how to write an acceptance speech. Although it would be nice to win, I’d be equally happy not to have to give the speech. So I suspect I’ll be fine either way – a nomination like this is still a mighty big feather for the ol’ cap.


All The King’s Men

After conducting a survey into the issues of working for exposure in December 2013, I decided to launch a Kickstarter project that aims to produce a large anthology of work entitled All The King’s Men, and pay contributors fairly for their work. I’ll be sending out press releases and have squared everything with Zetabella, who have expressed interest in publishing the book when it’s done.

I have already completed one of my contributions to the book, a shortish tale entitled The Long Road Home. Thinking about writing up something in prose as well.

The campaign will go active on Monday 7th April. Time will tell how it goes.

After the last April update, I had a massive surge of productivity that I can’t explain. Had an incredible few months, and finished off The Game very rapidly. 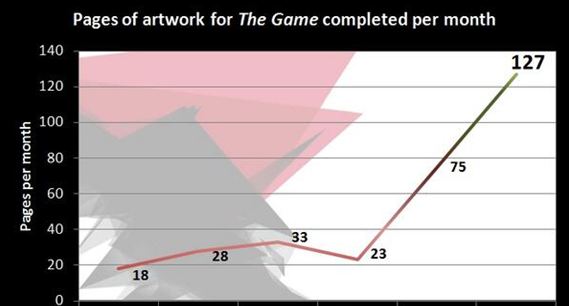 Without wanting to over-hype this book, I think it’s my best one yet. I’m extremely pleased and very proud of how it turned out. I can’t wait to see it in print.

A year late to the party, I finally released the James Flamestar comic for purchase. I’m quite proud of this companion piece to Tim Irving’s exemplary Stargazers album (currently only $3, an absolute steal), and am looking forward to being involved with its eventual sequel. The comic is currently only available on this website, and costs just $4.

Work on Triumviratus has been slow and steady. I did decide, in the end, to make it a comic series, and so far, I have produced around five and a half issues. No takers yet for publication, but I haven’t really been trying very hard. Want to get this one right; could be my ticket to the next level of my career.

The ACT Comic Meet is launching another anthology soon, this one around the theme of Exposure. It’s possible this was triggered by the survey I conducted in December, but I haven’t asked and don’t want to assume. I submitted a two-page comic for it.

My first public reading did not take place in a cafe, a bookstore, or a library. It was not to a crowd comprised of fans and the literary elite. It was, in fact, to the harshest critics known to man: a gaggle of blurry three year olds, my daughter’s preschool class. I read them Not Just Annie’s Story, my first and unpublished venture into picture books. 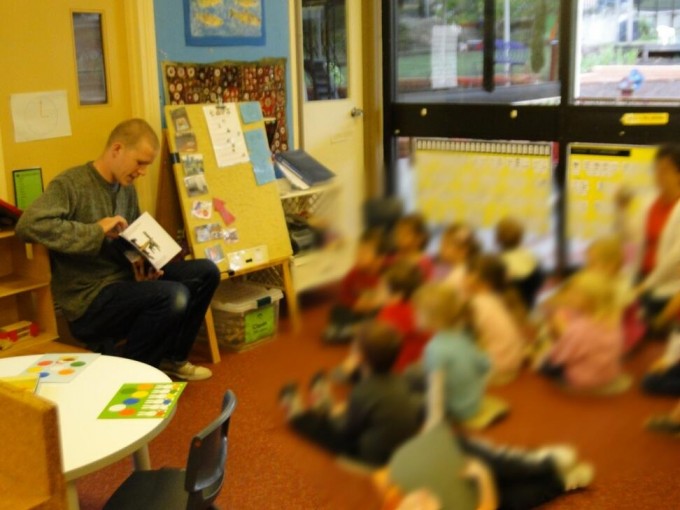 For two years now, there’s been no movement in this project. I still want to go back to it, revise the hell out of it, and bring it back to life. I think there’s a story in there worth telling. Just gotta clear some space on my plate for it. This one probably won’t be highest priority for some time yet.

In the last twelve months, I’ve learned a bunch of new stuff. I’ve written my first award acceptance speech, my first press release, made my first pitch video, conducted my first survey, and started working in colour with my comics.

It has been yet another massive year, that’s for sure. And things are only going to get busier from here.