I am thrilled to have had the opportunity to collaborate on some work with the incredibly talented Tim Irving for his fantastic album, Stargazers.

This exciting post-apocalyptic-musical-adventure-romance book was first published on June 10, 2014, and can be purchased in both paperback and digital formats.

“I figured we play the music, we change the world. Just like old times…”

Imagine, if you will, a world in which music is outlawed, and musicians are hunted and executed.

A world in which the innocents living in the Five Capitals are held hostage by the tyranny of the Silver Empire. The Empire is too powerful – no one dares stand against them, and there’s no passion left anywhere to inspire better things…

With an all-star cast, including one of the biggest bands in the history of the Empire, James Flamestar and the Stargazers is a series you won’t want to miss. 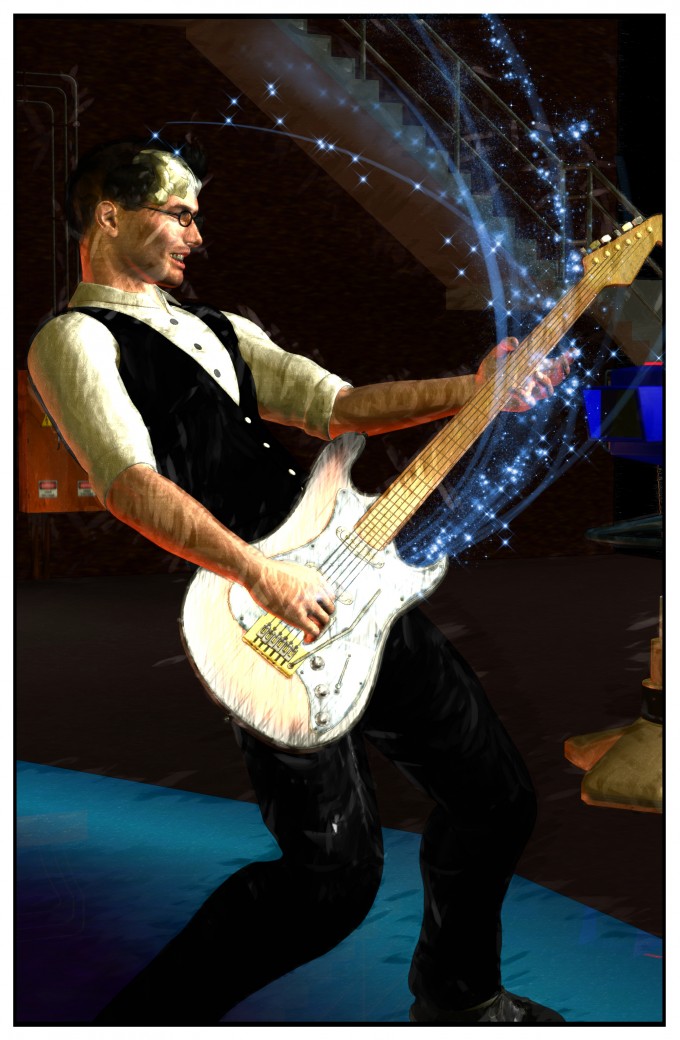 How to purchase James Flamestar