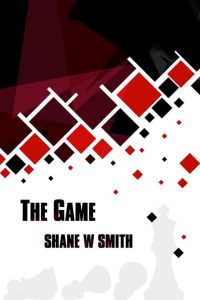 Five-year-old Melissa Tillman has been missing on Messar for three months. The entire planet is a warzone, as remnants of Padakan House stand firm against both Frank Tomhines’ fledgling Confederacy and a guerilla resistance movement operated by the shopkeepers and miners who used to live on this world. Into this maelstrom ventures Ross Tillman, determined to locate his younger sister and bring her to safety. But what if Ross isn’t ready to face what he sees on Messar? What if he isn’t up to the challenges of navigating a warzone? And – worst of all – what if he’s already too late?

The key to Melissa’s survival rests not just with Ross, but with two other men. The first, Frank Tomhines, is attempting to navigate the deep, dark waters of diplomacy, and will do whatever it takes to bring peace to this beseiged region of the galaxy… even if it means a terrible sacrifice. The second is a Padakan soldier who volunteers to serve on the Messar front, and who will face a choice that threatens everything he’s ever held dear.

It’s all part of the Game… and this game is played hard. The stakes are high, the participants ruthless. Winner takes all.

The Game was shortlisted in the 2014 Aurealis Awards for best graphic novel.

Although standalone, The Game is also part of a series.

Check out the launch trailer for The Game!