Included in the University of Canberra’s 2006 imprint of FIRST (Vertebrae), the short story Custard is Shane’s first publication.

A nine-page story that first appeared in the 2012 Beginnings Anthology, published by the ACT Comic Meet team.

A duke of a far-flung region conspires with the court mage to misuse an ancient relic, so he can send a stablehand far away on a fraudulent sacred pilgrimage.

A five-page story that first appeared in the 2012 Beginnings Anthology, published by the ACT Comic Meet team.

I Am Become Death is a two-page mini-story that appears in the ACT Comic Meet’s 2013 Anthology: The Day I Destroyed The World.

Status: Out of print.

A two-page short in the ACT Comic Meet’s 2014 Exposure anthology.

Status: Not available in print. Will soon be available to read for free here.

I was commissioned to write the extra-long opening story for the forthcoming Killeroo Gangwars anthology, edited by Darren Close. The story is simply titled GANGWAR.

The artwork for this story will be completed by Dan Gibbs. 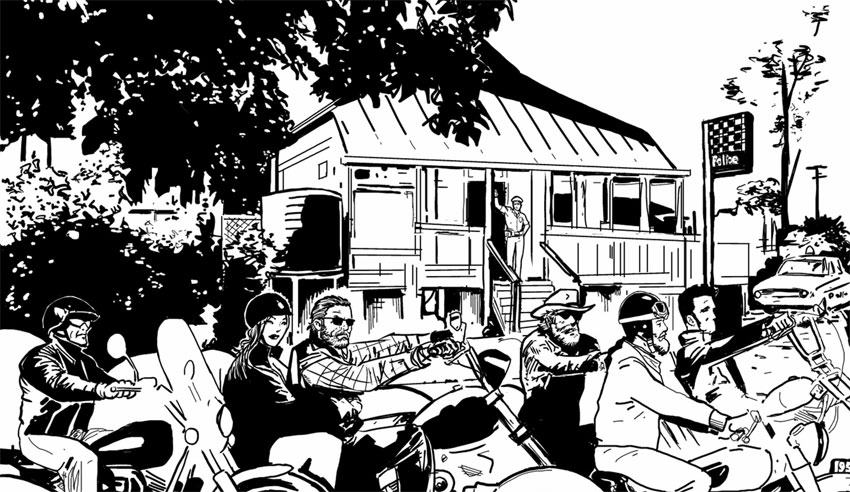 #Australiaburns – The cold light of day (with carlyle seers)

I was commissioned to write a story for the #AustraliaBurns anthology, a book about the catastrophic bushfires that ravaged Australia over the 2019/20 summer. All the proceeds from this book go to bushfire recovery. My story involved an interview with firefighting volunteer Carlyle Seers, whose stories formed the basis for this piece.

Artwork for this piece was produced by Camillo Di Pietrantonio, but ultimately wasn’t published in the final book.