Three times he will prove his love for her. The third time will kill him.

In a world where violent magic is punished by the gods, mages have learned to use their powers for deception and manipulation instead. Rynold has learned these lessons better than most. Instead of openly competing for the heart of Princess Mirelda, he instead misuses an ancient artefact to engineer a scheme that sends her lover, Damian, on a fraudulent pilgrimage to a faraway land.

His plan backfires badly, however, when the artefact flares into life after centuries of dormancy, and demands that Mirelda herself go after Damian and “bring him back.”

Mirelda and Rynold leave Watcher’s Edge in desperate pursuit of Damian, and emerge into a dangerous world they aren’t ready to face. As their long journey progresses, they come to learn, however, that the greatest threat to them – and to the world – might well come from within…

Triumviratus is a 530 page graphic novel that paints a deeply personal love triangle against an epic fantasy backdrop, and will appeal to readers of fantasy who appreciate strong character drama that drives a high-stakes story.

It was released as a limited edition premium hardcover in late 2018, and won the Best Fiction award in the 2019 ACT Writing and Publishing Awards.

At present, the only ways to obtain a copy of this hardcover are

The Triumviratus Kindle edition is available to order here.

Triumviratus was recently released in monthly installments on Patreon. You can read the first chapter of Triumviratus here for free. 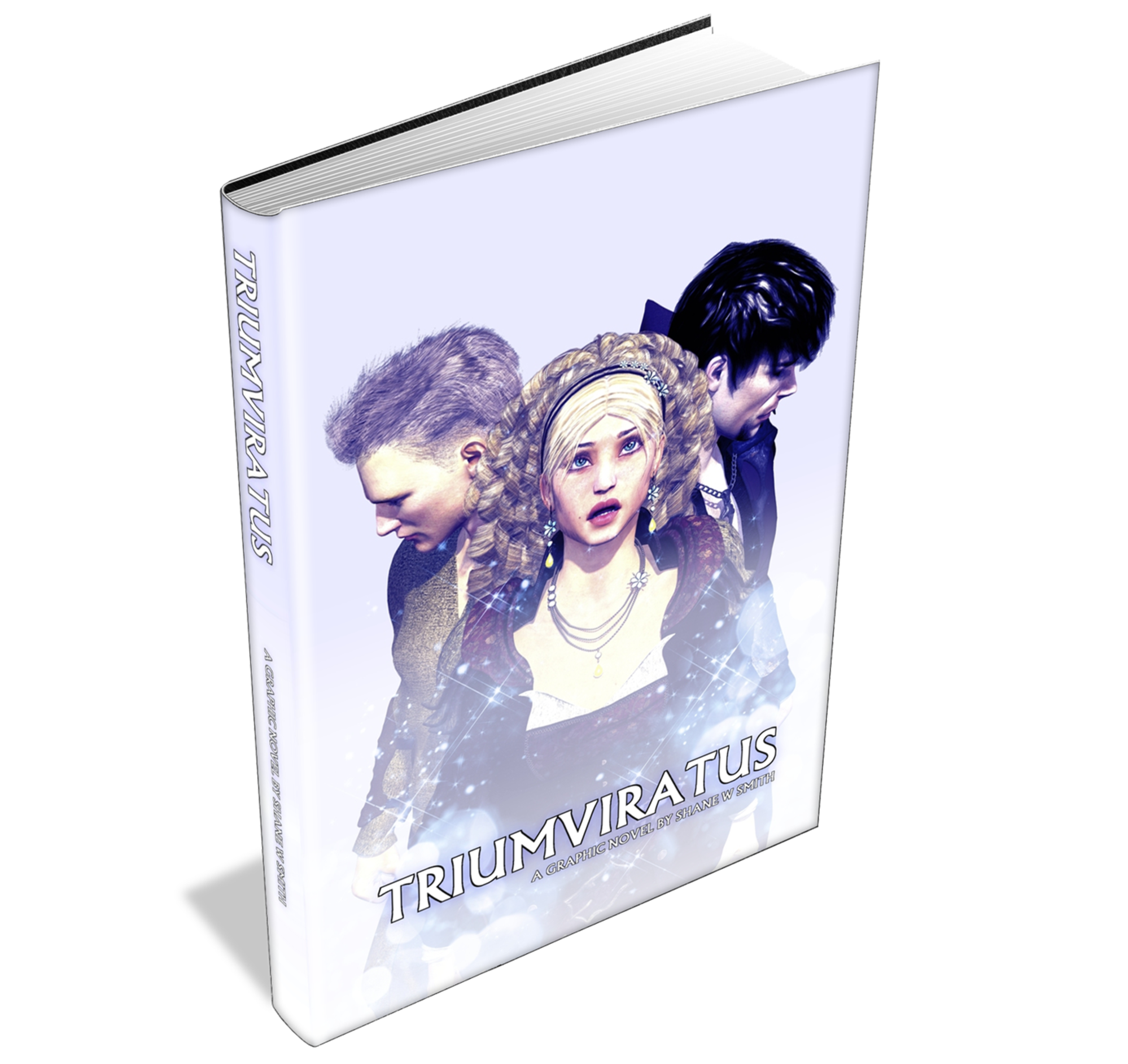 Check out the launch teaser for Triumviratus here: